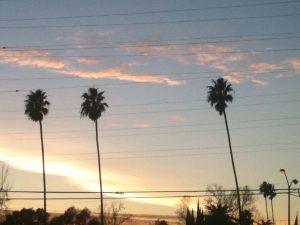 I don’t want to date myself, but I’m old. Well, at least “older,” meaning my late 40s. And by the late two-thousands, I had been working for two decades in the technical writing and e-learning space, developing training projects, help systems, print books, and other projects, almost all of them either tech or biotech, with a few stops in high finance. Sure, I’d taken on creative projects at this time too, producing multimedia performance pieces and theater. But I’d always seen my technical and creative worlds as completely separate.

I moved from the Bay Area to Los Angeles in the fall of 2011 with my husband, a photographer who wanted to work in editorial and commercial photography, which is based more in the New Yorks and L.A.s of the world than in the Bay Area. Fortunately, I was able to continue to develop learning projects remotely with my clients in Silicon Valley, both through collaborative software and via I-5.

But after a year among the palm trees, I started to wonder, “What kinds of projects can I take on that are actually based in L.A.?”

The answer that came back was “independent films.” The short story is that I saw an indie film that I really liked, talked to the director, and found he was involved as an actor with a new movie that needed associate producers. “Okay,” I said. I met with the new director and another producer and it sounded like a fit, but before I signed any paperwork, I asked myself, “What is it that a producer actually does?”

I know, I know. I probably should have asked that at the start.

But I needn’t have worried. It turns out that if one is a creative person with almost any level of background in technical project management, one can be a movie producer. The skill sets involved with producing movies have to do with staying detail oriented, communicating budgets and schedules, bringing new team members into the fold and giving them priorities, and sometimes having grace under pressure. Hopefully most times.

What was new for me coming from Silicon Valley, though, was having to go to a public and ask for money, also known as crowdfunding. So many of my tech projects were, and still are, behind firewalls with confidentiality agreements that guarantee I won’t talk about their existence, much less their details. And often these tech projects are funded one quarter or even one year ahead of time, in the hundreds of thousands of dollars. That money is not all for me or my company, of course: Most Fortune 500 companies think big.

But I jumped into crowdfunding, and movie production, with both feet and learned a lot. I’m still learning. Fortunately, many of the things I learned in the tech world, like keeping exhaustive notes, drafts, and spreadsheets with names, budgets, and schedules, has served me well in movie production. So my life right now is a mashup of technical projects and indie-film projects. And, to borrow a phrase from advertisements past, they are two great tastes that go great together. This blog will be about that ongoing process of finding the right recipe for each kind of project.